Positivity is healthy. Being positive is not a self help prescribed state of being that is unreasonable or devoid of reality. Staying positive during the Covid-19 Pandemic will boost immunity.

Positivity is scientifically proven to not only build immunity but strengthen it.

I hear you. What! No way! How is that even possible?

During the 1980s and early 1990s many scientific studies revealed that the brain is directly wired to the immune system — portions of the nervous system connect with immune-related organs such as the thymus and bone marrow, and immune cells have receptors for neurotransmitters. These connections seem to have clinical relevance, at least in the case of stress.

One of the first researchers to show this was virologist Ronald Glaser, now director of the Institute for Behavioral Medicine Research at the Ohio State University in Columbus. “When I started working on this in the 1980s, nobody believed what stress could do, including me,” he recalls. He and his colleagues sampled blood from medical students, and found that during a stressful exam period, they had lower activity from virus fighting immune cells  and higher levels of antibodies for the common virus Epstein-Barr  suggesting that stress had compromised their immune systems and allowed the normally latent virus to become reactivated.

Psychological scientists Suzanne Segerstrom of the University of Kentucky and Sandra Sephton of the University of Louisville studied how law students' expectations about the future affected their immune response. Their conclusions: Optimism may be good for your health. Studies have proven that optimism doesn't just boost your mood.

In this study, which tracked changes in optimism and immune response among first-year law students, found that as students became more optimistic, they showed stronger cell-mediated immunity, the flood of immune cells that respond to an invasion by foreign viruses or bacteria.

When optimism went up, so did the cell-mediated immune response. When optimism dropped, the immune system weakened.

In another study, people who were given a  "happiness boost " were less likely to get the cold than those who didn’t have their happiness increased. And if they did get the cold, the happier students reported that the symptoms were less severe. The study was essentially repeated with the influenza virus, which causes the flu, with the same basic results. Undergraduates who were first given the happiness boost were more resistant to the flu virus.

A positive attitude can not only improve your immune system but make is stronger so you may help you live longer, according to a University of Queensland study.

The research, published in Psychology and Aging found that older people who focused on positive information were more likely to have stronger immune systems.

“Despite the fact that people often think of late life as a period of doom and gloom, older people are often more positive than younger people,” Dr Kalokerinos said.

“Our research suggests that this focus on the positive may help older people protect their declining health.”

As we venture into a pandemic across the globe. The corona virus is on everyone's mind and fear and panic can take over causing stress.

It is important now more than even to cultivate positivity rather than fear, negativity and panic.

Being positive does not remove you from the reality of what is happening but it keeps your frame of reference optimistic. Staying positive will protect your immunity. So load up on your vitamins, eat health organic food and commit to a big dose of happiness and optimism. Your immunity will be stronger and provide the protection you need during these challenging times. Nourish you mind, body and spirit for complete health and happiness.

If you are struggling with staying positive please book in a session with Rachael for support. You can also use the No. 4 Positivity Essential Oil by Archangel Jophiel. Diffuse this oil into your space using an Aromatherapy diffuser to release the natural organic scent into your space to allow you to inhale.

Inhalation of essential oils into the brain impact the emotional brain supporting a shift in your emotional state. You can also apply the perfume body oils which also support your positivity. Check out our Positivity range Purchase at our online Apothecary. 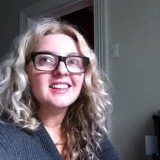 Clear your Crystals leading up to a Full Moon

Clear your Crystals leading up to a Full Moon. You can place them under the moonlight and use the Archangel Aromatherapy.

❤️Give your loved ones an angel perfume this Christmas.

✨Orders arrive in Australia only before Christmas (excluding WA)

✨Raise the vibration in your home, call on your angels for loving support & guidance.

✨All your favourite angels on sale for a limited time.

Create your Vision for 2021

Create your Vision for 2012. An annual manifesting event host by Rachael White to help you to create an actionable plan for manifesting your dreams and desires. Purchase tickets at the Soulscented website www.soulscented.com